Our Festival invites everybody who made short films from all over the world to participate in the Festival!

The International Youth Festival of Short Cinema and Animation "METERS" is a platform for communication and knowledge exchange between young filmmakers and professionals- directors, critics, producers and actors. It is not only a Festival, it is a workshop. All the Vip Guests and members of Jury will be holding special master classes for the participants.

Festival " METERS " is the space where the spectator has the opportunity to meet the section of modern short cinema and animation that is representing the authors of new generation.

"METERS" is hold annually in TVER - one of Russia`s ancient cities, located between Moscow and St/ Petersburg.

The winner receives diploma of the winner of The Festival, the festival figurine and  gifts which will be given by sponsors. 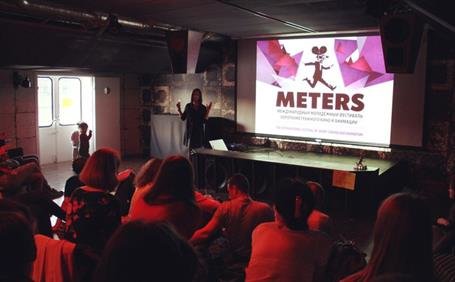 The timing - not more than 15 minutes.

The nominations are the following:

Another videos are NOT accepted in the competition of the festival.